Having two of the best actors in the world as Kate Winslet and Leonardo DiCaprio is a luxury, but if they are directed by Mendes, is a double pleasure. After the hyper success of Titanic, that made millions of people cry on the cinema theaters around the world, here comes their gathering playing this time what could have been of their lives if the boat had not shrunk: a twisted married couple trying to find the meaning of life. 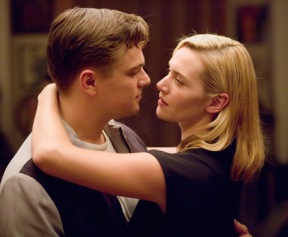 Based on the acclaimed book by Richard Yates, the movie is hard to watch at some moments, and makes you reflect. Although it turned to be a bit long in the end, I can praise that although being located in the America of the postwar, the main topics treated here can be perfectly extrapolated to our nowadays lives. Winslet and DiCaprio are a couple trapped in a time where they do not belong. The conventions around them destroy all the beauty inside their hearts, and only Michael Shannon in a stunning role as the mentally unbalanced John Givings is able to see the truth through the hypocrisy around.

A very nice physiological essay, and a joy to see Winslet and DiCaprio giving another great performance (and this time without dozens of teenagers wasting Kleenex while sobbing watching as the Titanic ends up at the bottom of the vast ocean).

The best: The scenes shared by Winslet, DiCaprio and Shannon.

The worst: Maybe it turns to be a bit long.

The detail: When Winslet is cheating DiCaprio with his friend in the car, she touches the mirror in a very similar way she did in the love scene of Titanic (just coincidence?).